Until recent times, security has been the responsibility of the naval arm of the military, however, it has now been shown that every ship could be potential target of terrorism, piracy and other criminal activity and steps will have to be taken on board each ship to reduce the possibility of being directly or indirectly an instrument of terror.

The International Maritime Organization (IMO) created a working group to develop an appropriate security code for the maritime industry. In December 2002, the IMO member governments formally adopted various security-related amendments to the SOLAS Convention of 1974, including the two-part International Ships and Ports Security (ISPS) Code. The ISPS Code entered into force on 1st July 2004 for both ships and ports.

A Ship Security Plan (SSP) shall be developed to ensure the application of measures onboard the ship is designed to protect persons on board, cargo, cargo transport units, ship’s stores or the ship form risks of a security incident.

The Flag Administrations entrust the review and approval of the SSPs to Recognised Security Organizations (RSO). Each ship to which the ISPS Code applies is subjected to verification. The verifications are also entrusted to RSOs.

When successful verification is completed then an International Ship Security Certificate is issued.

Our auditor Mr. Predrag Dulic who is involved in the approval procedure of SSP and verification audits on board ships have successfully passed training courses and continuously updated with trainings held within numerous Flag States Administrations. 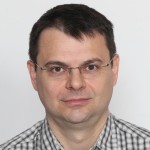